The world of Maya 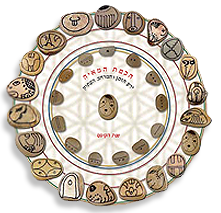 The Mayan world is a rich and colorful world, saturated with shapes, colors, movement, numbers and sounds that allow the heart to open, to change our perception of time and learn about ourselves and human development to its different varieties. This fascinating knowledge touches areas such as astrology, philosophy, purpose, dimensions, healing, cosmology, mathematics and particularly teaches us the wisdom of time. The Mayans were happy and peace loving who lived a thousand and six hundred years ago in various parts of South America, especially in Mexico's Yucatan Peninsula and in Guatemala. This is a group of old, soft and loving souls, that has sown codes for us in the form of symbols so we can expand our knowledge of time and our limited beliefs about ourselves. In their physical embodiment, the Mayans built pyramids and temples, developed mathematics, astronomy, art and astrology and composed different time tables, headed by the Tzolkin, the sacred calendar. After encrypting the codes in buildings and time tables, the classic Mayan people left the Earth without leaving a trace.

The codes the Mayans had left painted on the temples’ walls, encrypted in their time tables, are presented by the way of geometric forms that let us connect to the source of pure knowledge of signs and symbols. These codes expand our acquaintance with ourselves, our perception of time and our ability to be happy with our lot. The knowledge presented in the symbols of the Maya corresponds to the knowledge of the Hebrew alphabet, the hexagrams in the Chinese Book of Changes, the Runes, Vikings and more. The geometric shapes tell us in the primordial language of creation about the divine plan and enable to re-member what we, at some level, already know.

The Mayans, also called the galactic time keepers, brilliantly planned for us the human development and the ascent in the Earth’s dimensions. They present us with patterns of the evolution of the human body and brain, starting from 3113 BC and to this day. They realized that in order to complete the next evolutionary leap, we must expand the use of our brain capabilities, especially when it comes to the concept of time. As human beings who hold the illusion of linear time, it is very important that we understand how the process works in order for us to make a change on time 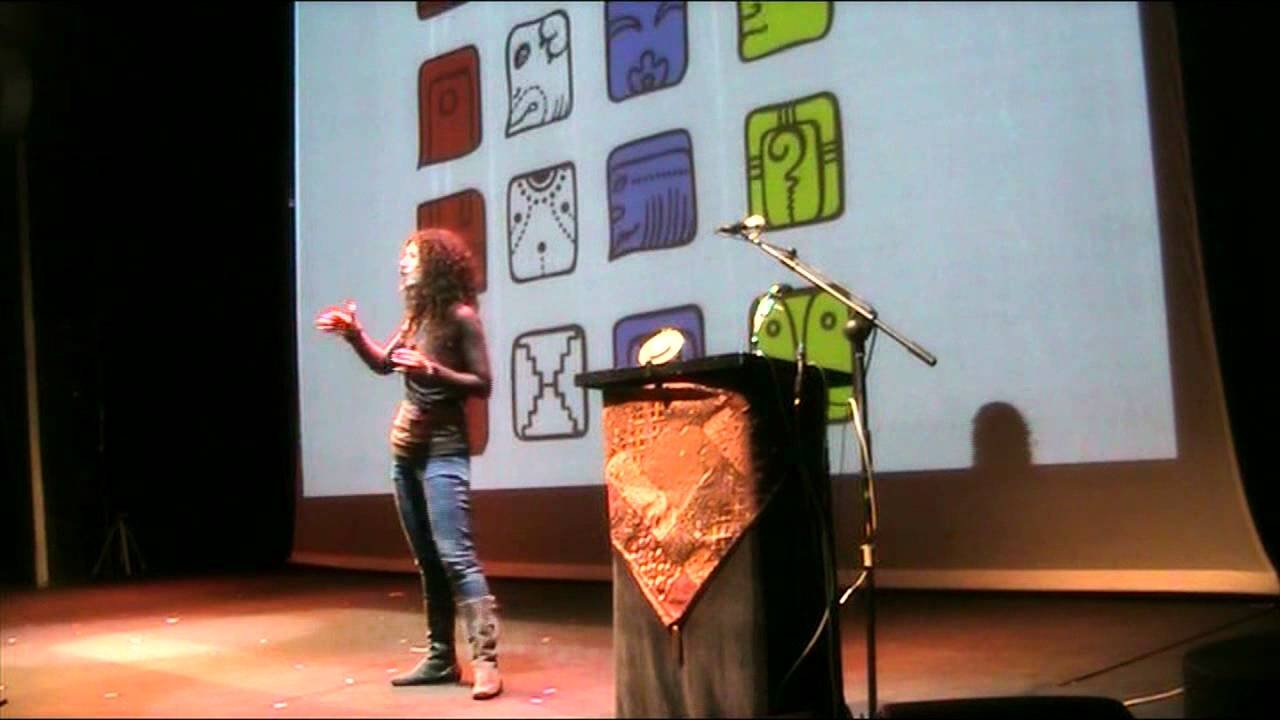 What is time than?

We all count years, months and days and are usually tied to the illusion of time. Often we are stressed, exhausted and worried, looking at the clock and measuring the amount of time between meetings, tasks and assignments. Currently, time is getting us to race between tasks, so we achieve more. Following my Mayan and neo-psychology studies, I realised that the fixed time and space do not really exist. Although the brain makes us think that time is an external factor that affects our lives, time exists only in our minds. Our brain system creates a reality that is limited to Earth and is the one ingrained in our brain, despite the fact that in reality there are an infinite number of dimensions and life forms that only today quantum physics starts to discover their existence. Since we are three-dimensional creatures that refer to length, width and depth, we are not yet able to recognise other dimensions or the entities that come from them. Potentially, it is possible to disappear from a room and move to other times and spaces. Time is another dimension, the fourth dimension, which we perceive to exist outside of ourselves. Albeit there are natural supporters to time, as the cycles for the sun, the moon and the stars, these are external facts that recycle information limited to the reception range of Earth alone. The whole universe is a product of our internal information system. When we close our eyes there are no sun, moon and objects in general. They exist only in our consciousness. Once we let go of this invention of the brain that defines to us merely options that are between one point and another on time, we become exposed to an infinite number of possibilities in space and the meta-space.

In each of us there is an inbuilt internal “chip” that determines time for us. To understand the issue better, let us look at a few months old infant. The baby has no idea of time as we adults perceive it. It does not know what time it is and the quantitative concept of time. It is not part of its daily routine. Even if you talk with a two years old baby and explain to him that we're going to get back in two hours, he will not recognise when we intend to return. To him we are here now and until we get back we are not, period. The concept of time as we perceive it does not exist in infants and in fact does not exist at all.

According to the Maya we are in the midst of a very exciting era for mankind. In this time we undergo a collective leap from the master plan (called “Father Face” in Kabbalah), the linear, solar, polarised plan in which we live; into a state of a “mother plan” ("Mom Face"),  a spiral energy, feminine; an energy of unconditional love.

In the master - father plan, we live out automatic and limited cerebral software, in which we are motivated by deficiency and by a defined beginning and an end. We are in transit within limited time ranges and try to reach as many accomplishments over the continuum of the ticking time. Death that marks the end of the human process accelerates and pushes the experience of time. The master plan has created energy dispersion and a sort of chaos in our systems. Humans today live at low energy levels that do not provide the demands placed on them. We constantly conduct ourselves in comparison with the outside world and get depleted of energy at any given moment.

The special times we have reached in the evolutionary development is the time to change our attitude about time and space and move to a perception of time which is open to infinity and which is entirely in the present. History and evolution have brought us to the current situation and today it is time to upgrade our system to a smart, sophisticated and quiet system, which has the capability to produce its own energy. In the Mother Plan we teach ourselves how to transform into an atomic reactor of energy, who knows how to charge itself from within, independent of the world outside it. As the process continues, we become a huge communication machine that can receive and transmit energies of vibrations, more subtle than the physical frequency. In the spiral motion, the beginning, the end and death will not exist anymore in our systems,

In 1998, when I started to experience, learn and recall of the teachings of the Maya, I didn’t imagine to what extent the Mayan secrets will affect my life. For years I research and study the extraordinary Mayan codes and am thankful for the simple and effective tools that help change the perception of time and allow living with ease and joy in the daily reality. My faith in the ancient Mayan wisdom has grown following a fascinating journey to the regions of Mexico and Guatemala. There, I had met loving and happy Mayans, living in the natural cycle of time, closely to the heart of the land, the four elements and the four directions. In Guatemala I underwent a deep process of personal initiation by a master shaman, Don Pedro Cruz.

ia this site I would like to let you, visually and mentally, experience the knowledge of time and space. You are invited to delve into the inspiringly colourful symbols and waves and with their help deepen the investigation of the meaning of time. My personal motivation behind the writing of the texts is to allow this fascinating information to reach a large number of people, open their hearts and thereby help the collective transformation that is taking place now on Earth. Wishing us all, a time of growth, happiness and an enjoyment of the moment. 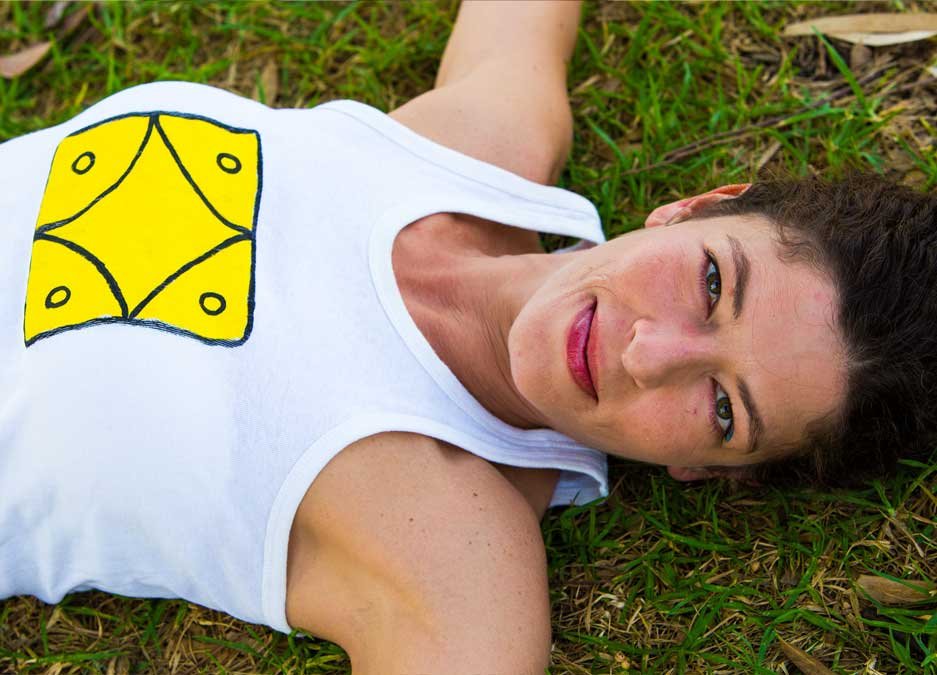 Expert of the Mayan time and space knowledge, Writes and teaches Mayan astrology.

Was initiated in the Kytza, an ancient Guatemala shamans’ dynasty and was certified to teach by the Shaman Don Pedro Cruz and by the Academy of the Maya.Has a Bachelor of Arts degree in Philosophy from the University of Jerusalem, a certificate in Reflexology, Bio-Ergonomy and Moxita. Has specialised in ABA, a method of behavioural therapy, during her work with autistic children